US Wants Mexico to Pay for Border Wall 'Directly or Indirectly' 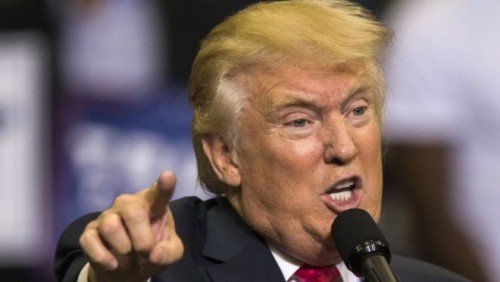 US President Donald Trump said on Thursday his position on the border wall with Mexico has not changed, and that the latter country would pay for it "directly or indirectly."

"The Wall is the Wall, it has never changed or evolved from the first day I conceived of it. Parts will be, of necessity, see through and it was never intended to be built in areas where there is natural protection such as mountains, wastelands or tough rivers or water," Trump wrote on Twitter, Sputnik reported.

"The Wall will be paid for, directly or indirectly, or through longer term reimbursement, by Mexico, which has a ridiculous $71 billion dollar trade surplus with the US. The $20 billion dollar Wall is "peanuts" compared to what Mexico makes from the US NAFTA is a bad joke!" he added.

A similar stance has been voiced by White House Chief of Staff John Kelly in his interview to Fox News in mid-January, when he specified that the US could plan to build additional 700 miles of wall on the border with Mexico and allocate $20 billion in funding.

"In one way or another, it's possible that we could get the revenue from Mexico but not directly from their government," Kelly stated.

According to Kelly, the US administration could view such options as visa fees and the renegotiation of the North American Free Trade Agreement (NAFTA) with Mexico and Canada.

Last week, Mexico's Economy Secretary reiterated that the country would not be paying for the wall.