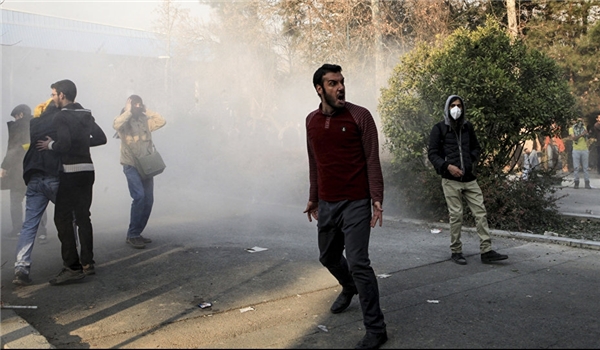 Tehran's Public and Revolution Courts Prosecutor Abbas Jafari Dolatabadi announced that hundreds of detainees arrested by the security forces during the recent riots have been released.

"After investigations, in addition to the 140 detainees who had been arrested during the riots and were freed in the past week, another 300 detainees were also freed, some on bail this week (since Saturday)," Dolatabadi said, referring to the fate of those who had been detained in Tehran.

He also told reporters in his weekly press conference in Tehran on Sunday that the number of individuals who are under detention in other cities and towns across the country stood at 455 until Saturday, adding that a number of them have been freed on Saturday and Sunday.

Late in December, a number of peaceful protests began in several areas across the country, with the participants calling on authorities to address their economic issues.

However, the economic protests in a number of Iranian towns turned into riots each comprised of a few hundred protesters after the peaceful gatherings were overshadowed when armed elements and vandals showed up among ordinary protesters and began to launch attacks on public property, police stations and religious sites.

The original protesters soon left the streets upon calls by the authorities so security forces could deal with the rioters and sporadic violence, which continued in some towns and cities for several days.

Millions of people took to the streets in nationwide rallies to reiterate support for the Islamic establishment and condemn the unrests, following scattered riots in some parts of the country.