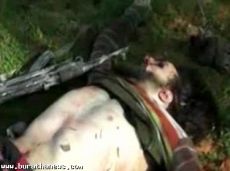 A unit of the Syrian Arab Army eliminated an armed terrorist group which tried to burglarize wheat cells in al-Tawarij village in al-Qamishli countryside.

A military source told SANA reporter that the army unit also destroyed one of the terrorists’ cars and damaged others in addition to killing and injuring all terrorists inside the cars.

Units of the army eradicated scores of terrorists in a series of operations against their dens and gatherings in Homs countryside.

A military source told SANA reporter that a unit of the army destroyed two cars loaded with weapons and ammunition and a number of terrorist dens in al-Dara al-Kabira village.