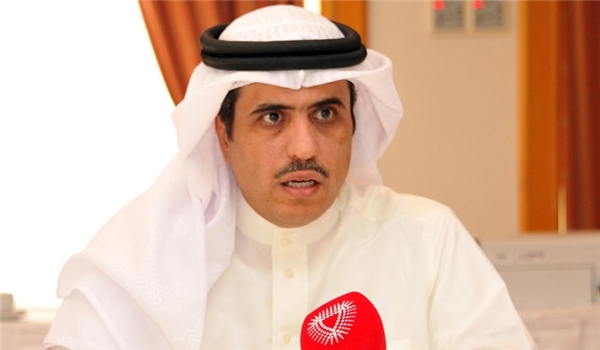 "It is a lie and it would be wrong to spend time to respond to it," Qassemi told reporters in his weekly press conference in Tehran on Monday.

He added that the Bahraini officials are puppets of certain foreign governments and raise such allegations against Iran at their order.

His remarks came after the Bahraini minister raised terrorism allegations against Iran.

The allegations have been raised as the Amnesty International has earlier this month warned against the executions and expulsions of anti-regime activists in Bahrain, saying Manama is using the sentences as a tool to crush all forms of opposition.

In two separate reports, the international rights group has provided details about the expulsion of four Bahrainis to Iraq and the death sentence given to an activist following a trial which relied on “confessions” extracted under torture.

Four other people - Mohammed Ali, Abdul Amir, Abdulnabi Almosawi and his wife Maryam Redha - have also been told they will be expelled to Iraq. The four had had their Bahraini citizenship revoked in 2012.

The four expelled men are part of a group of 31 Bahrainis who were stripped of their nationality in 2012 over allegations of causing “damage to state security.”

The 31 individuals were never officially notified of the decision and learned about it through the media, the report said.